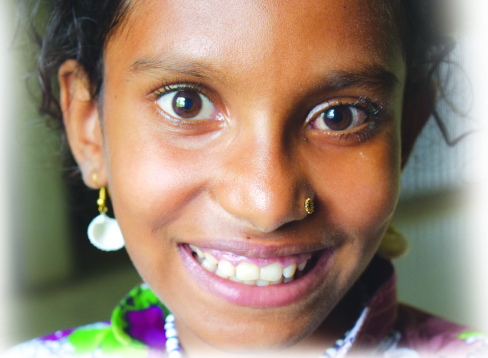 Mst. Sharmin Akter was born in Kalur Para, a very remote village of Fulchari Upazila of Gaibandha District in Bangladesh. It is a severe flood prone and ultra poor area in Bangladesh where she grew up facing poverty & hardship. Though they were poor, Sharmin was the youngest member of her happy family with six members. She was very affectionate by all. She had a great dream to become educated and stand on her own foot. Everything was going well. But, when she was in class three, it was very difficult for her to continue her study. Because, all her classmates and other students of the school started insulting or teasing Sharmin for her Squint Eye. She could not imagine to leave her school for her abnormal eye but it happened at times. Even she could not able to go out from her house. She and her family thought that it is a great punishment from the Almighty Allah and She will never recover from this curse. 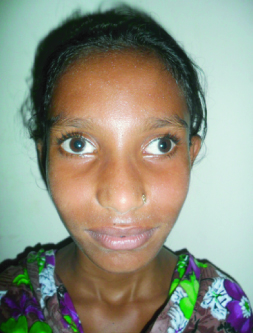 One day, Sharmin’s father Md. Surman Ali took her to a village doctor at Fulchari. The village doctor told him to visit Deep Eye Care Foundation (DECF), Rangpur, for the treatment of his daughter. They came to Pediatric Ophthalmology department of DECF on 24 September, 2017. Dr. Rokhsana Afroje Shoma, Consultant of Pediatric Ophthalmology, examined her and found Squint with Cataract in the left eye. Dr. Shoma suggested him to do surgery of her daughter. Sharmin’s father agreed to do Cataract and Squint surgeries on Sharmin’s left eye. The total surgery cost was subsidized by the support of National Childhood Blindness Project (NCBP) of Orbis and DECF. On 27 September, 2018, 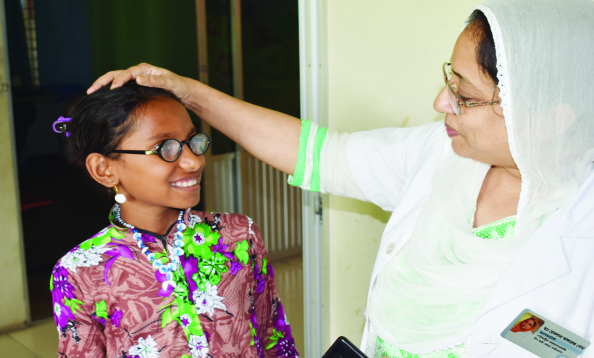 Dr. Shoma did the cataract surgery of left eye of Sharmin successfully. After few months, on 11 June, 2018, Dr. Shoma again operated her left eye successfully for surgical correction of Squint. After doing these surgeries Sharmin and his family was extremely delighted to see her excellent squint correction though her vision was slightly improved after cataract surgery due to retinal problem.  But Sharmin got rid from of squint which she never believed.  The relief of overlong misery was reflected on her smiling face. She seemed to be the happiest person in the world. She and her family had no word to give thanks to DECF. They prayed to the Almighty Allah for the betterment of DECF and wished for DECF so that it can able to provide more and more services for helpless people suffering from eye diseases and visual impairment.

Sharmin is now 10 years old. She is preparing to start her school life again. There is no restriction for her now to go out for playing and doing something outside. Nobody teases Sharmin now. The day is not far away when she can able to reach her ultimate goal of life and stand on her own foot.