Since the day, Mohaiminul was born, he had never ever been through the turns of life without hazards and odd twists till the day he returned to his class to reclaim his position and reassert the rare gift he was given. On his way to this glorious return, this boy got DECF as a sympathetic and helpful entourage. And perhaps, God favoured DECF to have the honour to be His beneficent hands here. 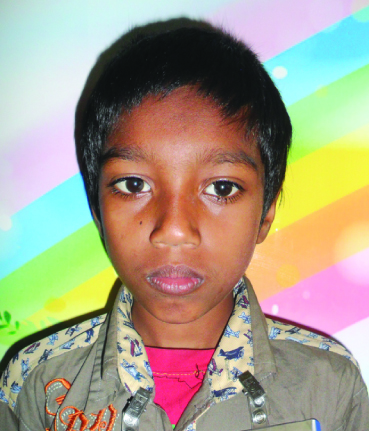 In his childhood, when Mohaiminul would giggle nestling his little head in his mother’s warm arms, his ailing father, who was then fighting a fatal disease, used to pray, “Even if I am not going to see that with my own eyes, oh God! Make him someone who can save tens of thousands of fathers dying my way”. He named his son Mohaiminul, the savior. Lying on his death bed, he entreated his wife to keep on fighting to make his son a cancer specialist. Though both poverty and society did not leave her any breathing space, she did not set up a household again with any one after her husband’s early demise, returned to her father’s house and devoted herself wholeheartedly to raising the child the way his father wanted. Despite her dawn to dusk struggle with poverty, smile did not fade away off her face as her son showed some early sign of having the potentiality of being a great man in future. One day his class teacher told his mother, “Your Mohaiminul  is sure to be a savior to the people around him. He is unusually perceptive as well as receptive”. Mohaiminul was never second in any one of the exams in his school. 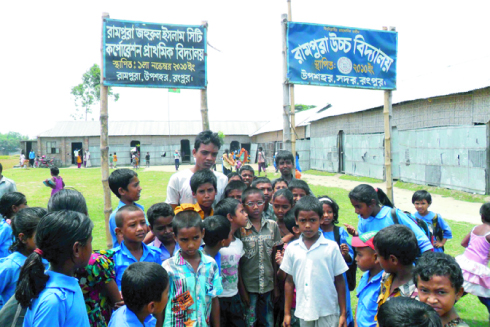 But the course of the story was getting out of the track quickly when he started to feel like his eye sight was getting dim and blurred. In a couple of months, his vision got so blurred that he had to stop study and leave off going to school. It came as a massive blow to his mother and himself. They both found their dream and hope on the verge of being ruined and lost. Mohaiminul’s mother found no way out as she could not afford her son a better treatment. At that time she was groping in the dark praying for a miracle to rescue his son. One day Mohaiminul’s class teacher came to visit his home, finding him absent for long and consequently came to know the whole story. His class teacher knew well about the activities run by DECF. With a hope, he brought Mohaiminul to DECF along with his mother. He was diagnosed to have cataract 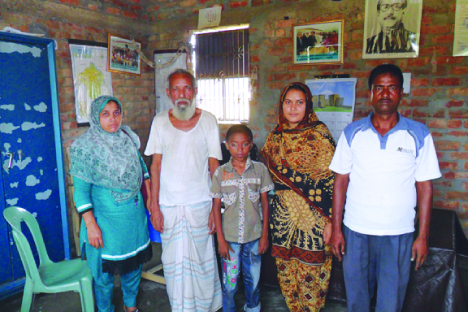 accounted blindness. DECF arranged surgery for both of his eyes on two separate dates free of cost. The day the bandage was removed from one of his eyes after first surgery, both his teacher and mother were available there. After the removal of the bandage, when Mohaiminul shouted, “Ma! I can see everything clear even with my single eye”. Tears did not take time to come out of those eyes both of the mother and the class teacher as if bursting out for ecstatic joy. After his second operation, the day Mohaiminul returned to his school again, all the teachers received him the way as if they had got back their lost hope. Mohaiminul’s mother and all who loved him must have prayed for DECF and its associates from the core of their hearts but as DECF still finds challenges looming even larger it hopes and prays to Him to give DECF family greater strength to combat those ordeals with greater efforts so that they can stretch their helping hands to revive those lost dreams like Mohaiminul.