Like a valiant soldier struggling for earning mere livelihood, from dawn to mid-night, he used to remain busy with pulling rickshaw in Rangpur city, on the outskirt of which he lived in a worn out hut with his wife, two sons and one daughter. Of his three daughters, he married off two, for both of whom he arranged to receive secondary education. Three of his offspring then staying with him used to go to school regularly. Though life made him embattled nonetheless, he had the solace of mind and was leading a happy peaceful life with his family since he had the physical ability, mental strength and essential life force to throw over all the hardships and perils, he came upon, like a streaming fountain running over all that come its way. 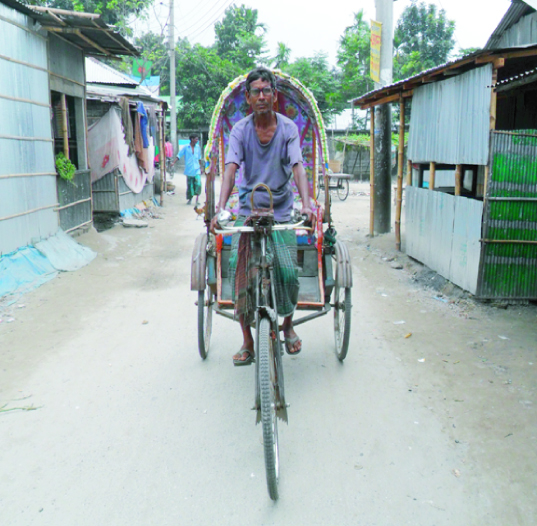 When he was racing   with life such vigor and spirit something cataclysmic befell him as a bolt out of the blue. Two years ago, when Kartik was 52 years of age, his eye sight started to blur as both of his eyes got affected with cataract formation. In the beginning, when his vision started dimming, he refused to accept his limitation and even then remained busy with pulling rickshaw though with much effort and strain and kept on doing so for almost a year. Eventually he lost his ability even to do that as he lost his vision almost completely by that time. It was a severe and ruthless blow to his life that broke his back to go on fighting to keep his family alive and left him with a static and motion less life like a stagnant pool.

In his new life, he was bound to keep sitting at some corner of his house or wherever he would go with the help of either his wife or his offspring and spent most his time that way and thus was dying a deplorable death. His wife who once passed sleepless night awaiting his return with penting hearts, 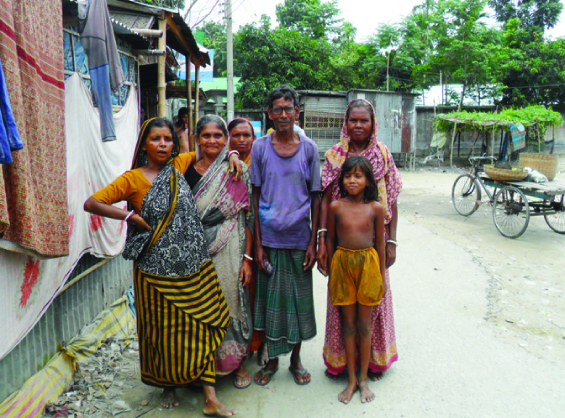 started neglecting him and sometimes made cutting remarks. As he could not earn anything his wife together with his three offspring all got engaged in out of home activities as daily labourer, leaving none to help him at home. As all the day he had to keep sitting all alone, life to him became so heavy a burden that he could not bear upon. Blindness left him in severe agony and suffering and turned for him a real mortal stroke washing away all his happiness of life like a mighty deluge. At this darkened and miserable stage of his life, through an outreach program conducted by DECF, he came to DECF and underwent cataract surgery of both the eyes respectively on 21st August and 15th September, 2013. At long last he got his vision back which breathed a new life into him and hoisted the sail of life anew. It was an event of boundless joy for him and with tears in his eyes, from his heart of hearts, he prayed for all who came to his rescue from blindness raising both his hands high. With new vigor and zeal he again plunged into the struggle of life and managed to get his wife and off-spring back to normal life again. They are now leading an apparently happy life though not an affluent one.